Although many people think of red or purple when they think of plums, the yellow plum is also quite common in many areas. Typically, the yellow plum is sweet and rather high in sugar when it is ripe. It provides several different vitamins and minerals, such as vitamin A and potassium. It can be used in many different types of recipes, ranging from sorbet to preserves. It can also be used to make wine, sauces, and can even be grilled for a tropical meal.

There are several different species of yellow plums. The most prominent species that are used for cooking are the Mirabelle plum, the yellow egg plum, and the Howard miracle plum. The Mirabelle plum, also known by the species namePrunus insititia, originated from Asia, but also is widely grown in France. The yellow egg plum, also known by the species name Prunus domestica, may be found in either purple or yellow and is quite common in Europe and North America. The Howard miracle plum, grown primarily in the United States, has a unique pineapple flavor.

Most yellow plums are small in size and typically have a thin skin. When they are fully ripe, some varieties, such as the Mirabelle plum, have red spots. Some people believe that the greater the number of red spots on the plum, the riper it is.

Since most species and varieties of yellow plums contain a relatively high amount of naturally occurring sugar, they are great for people with an active lifestyle. When fully ripe, the yellow plum can be eaten raw, providing a high amount of carbohydrates to boost energy levels. It is also high in vitamin A, a vitamin that is good for the skin and eyes. Additionally, the fruit contains vitamin B, which helps renew the cells of the skin, and fiber, which helps with digestion. The yellow plum also contains many different minerals, including potassium, selenium, and zinc, which are quite well known for their cancer-fighting, and anti-aging properties.

If eaten raw, the yellow plum does not need refrigeration and should, in fact, be served at room temperature. It is important to find fully ripe plums, otherwise they may be bitter when eaten raw. If used for recipes that require the skin to be removed, it can be easily done by boiling the fruit for about 20 seconds and then dunking it in ice water.

Some common uses for the yellow plum in recipes include deserts such as sorbet, ice cream, macaroons, and flan. It can also be used in side dishes, such as in chutney, sauce, or preserves. Some people enjoy them grilled as well. In addition, they can be used to make wine or brandy. 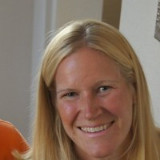 The plum that I am talking of was grown on the side of the dirt roads in the sandhills of NC/SC during hard times of the 20`s and up until they killed them all off by paving the roads and also spraying them with poison. All the people I knew used to gather them and make jelly and jams for canning for the coming winter. I remember my mother and aunts doing blackberries. blueberries and plums along with scuppernines , grapes, watermelon preserves, figs and wild apples, pecans and walnuts and hickory nuts. They worked all spring, summer and thru the fall into winter to provide food for us. The plum bushes helped with that. I would love to find a stand of the plums to get cuttings so I grow some.

I love eating plums, especially during the summertime. However, I'm always careful of the ones I pick at the grocery store. Some of them have been too soft, while others have been very ripe, and even a little crunchy. When shopping, always be sure that the fruit is of good quality, as you don't want to feel cheated out of your money. Honestly though, the quality of the product really depends on the season. For example, oranges are very good in the winter. However, you won't find them in the summer, and when you do, they're generally of low quality. I can't remember the last time I ate them in the summer.

I didn't know that plums could be used in such unique ways. Who would have ever thought? However, it seems like these uses only apply to the yellow plum. In other words, it's as if they're specifically made to be included in desserts like ice cream and flan. After all, you don't hear many people talk about using red plums in their desserts, now do you? It goes back to what the article says about people thinking about red and purple when it comes to plums. However, there are many species of fruit out there, and they have some very good uses.

This is an interesting article, that talks about the several "species" of plums. Until now, I had never even known about yellow plums. I really like how it's mentioned that many people think of red or purple when they think of plums. Not only is it a great way to relate to the audience, but I'm one of those people. Next time I go to the grocery store, I'll be on the lookout for that "species".