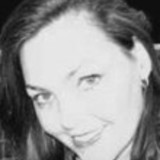 A mortar and pestle are tools used in the process of trituration, which is the act of reducing substances to small particles by rubbing them in a mortar with a pestle. The mortar is a small, heavy bowl and the pestle is a thick, heavy, stick-like tool with a rounded bottom, somewhat like a short, squat baseball bat. They're usually made from hard wood, porcelain, stone, or marble. A substance is placed in the mortar, then the pestle is used to grind against the substance, using downward pressure and a circular motion.

The pestle should be placed in the center of the mortar to begin, starting with small circles, then gradually moving outward to create a bigger circular motion, in a concentric fashion. When the circular revolution reaches the sides of the mortar, the action is reversed, moving from large circles to smaller circles. The cycle continues until the substance is completely pulverized.

The mortar and pestle were first introduced in medicinal practice. Medicines and herbs were crushed before being ingested by the patient. Reducing substances to the smallest particle size speeds up the absorption of medicines. These tools are documented in the practice of pharmacy as far back as 1550 BCE, and are still a popular icon used in pharmaceutical logos. Generally, a mortar and pestle for pharmaceutical purposes is made of porcelain.

Another popular use of the mortar and pestle is to grind or crush spices and other items used in cooking. Mexican fare made with mortar and pestle includes guacamole, salsa, and moles. Japanese chefs use these tools to grind sesame seeds and make pastes, and large mortar and pestles in the Middle East are used for grinding meat. Pesto, an Italian sauce made by crushing garlic and herbs, derived its name from the pestle. From Latin, mortar means "receptacle for grinding or pounding", and pestle means "pounder."

Grinding spices and herbs right before adding them to foods offers the freshest and most concentrated flavors. Though some favor food processors for the ease of use, others still use a mortar and pestle to release the oils and flavor essences, claiming a superior end product. These tools don't use as much friction as does a food processor, so the aromas don't burn off like they may in a food processor. This gentler approach is favored by many cooks, despite the added labor.