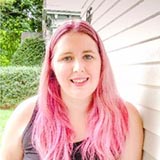 It can sometimes be difficult to tell the difference between a pot and a pan. Is a shallow pot really a pan, or a deep pan really a pot? It can get confusing for even the most experienced cooks. There are, however, a few ways to differentiate between the two.

One difference between the two is their size and shape. Pots are deeper, with high sides. They have a circular base, and the sides tend to go straight up. A pan, on the other hand, is fairly shallow. The sides may only come up a couple of inches (centimeters) from the base. The sides of a pan may go straight up, but they may also curve out at an angle, allowing for better access to all of the food and for better heating.

A wok is a pan where the sides go out at an angle. The bottom of a pan is usually round, but it can also be square or rectangular. The types of handles used is also a difference between a pot and a pan. Many pots have two small handles, while a pan often has one longer handle.

Another difference between the two types of cookware is their purpose. A pot is typically used for liquids; they are best for making soup and stews and boiling water for pasta. They are also best for making pot roasts or other slow-cooked meals. The high sides spread heat through the contents quickly, instead of just heating from the bottom, allowing liquids to heat faster. Pans are used for sauteing and pan frying food. They are best for eggs, grilled sandwiches, and stir-fries. Because pans have a wide base, they allow for a shallow layer of food to cook quickly and evenly. That is why they are best for pancakes or crepes.

Pots tend to have more attachments available for them than pans have. They use steamers, pasta inserts, and more to make cooking easier. Pots can also have double boiler attachments. Pans generally don’t have a lot of extra attachments to maximize their usefulness. Because they are shallow, there isn’t room for anything to be added.

Although there are differences between pots and pans, it is possible to use them for similar cooking techniques. For example, braising, or slow cooking a piece of meat in a small amount of liquid, can be done in either. Some pasta dishes, especially ones where the pasta is cooked in with browned meat like in skillet meals, are made in pans. Also, a pot can be correctly called a pan, but a pan cannot be correctly called a pot. Asking someone to grab a pan could mean either, and a saucepan is technically a pot.

Margo has a varied academic background, which has involved everything from psychology and culinary arts to criminal justice and education. These wide-ranging interests make her an ideal wiseGEEK writer, as she always enjoys becoming an expert on new and unfamiliar topics.

Margo has a varied academic background, which has involved everything from psychology and culinary arts to criminal justice and education. These wide-ranging interests make her an ideal wiseGEEK writer, as she always enjoys becoming an expert on new and unfamiliar topics.

The definition I have used for many years (10+) working in a kitchen: does it have a long handle on one side or does it have two handles on opposite sides? A pan has a handle, a pot does not.

The flat pan is a griddle. A skillet is a shallow pan for frying.

@Alisha: That's called a skillet (a "pan" that is perfectly flat, with no sides).

This is interesting! I have many friends who call pots pans and vice versa. But what about a stainless steel "pan" which doesn't go up from the sides at all? I've seen one of these once, its completely flat and is used for heating flat breads and tortillas on the stove. When I saw it, I thought "Wow, this looks really practical." It would heat so quickly too because it was stainless steel. I would love to learn the correct term for it.

@ddljohn-- My grandmother had a huge collection of copper pots and pans. How fond she was of them! She told me once that the heavier the copper pot is, the better. I think it has to do with durability and the even cooking of food. Heavy copper pots are great, but when its too heavy, you can have problems maneuvering it on the stove. I would say, opt for the heaver copper pan but do lift it before you purchase and get a good feel for it. There is no logic in buying something you can't lift.

I've noticed that all copper pots and pans are pretty heavy but some are even heavier than others. Why is this? How heavy should they be and how does it impact cooking?